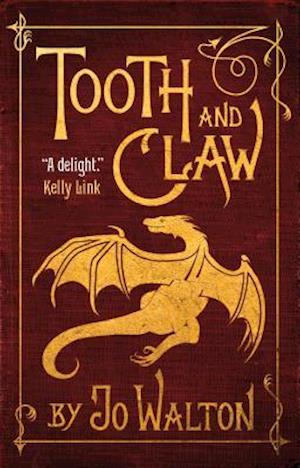 Now in a new pocket-sized hardcover edition, the World Fantasy Award-winning tale of contention over love and money--among dragons.

Jo Walton burst onto the fantasy scene with The King's Peace, acclaimed by writers as diverse as Poul Anderson, Robin Hobb, and Ken MacLeod. In 2002, she was voted the John W. Campbell Award for Best New Writer.

Now Walton returns with a very different kind of fantasy story: the tale of a family dealing with the death of their father, of a son who goes to law for his inheritance, a son who agonizes over his father's deathbed confession, a daughter who falls in love, a daughter who becomes involved in the abolition movement, and a daughter sacrificing herself for her husband.

Except that everyone in the story is a dragon, red in tooth and claw.

Here is a world of politics and train stations, of churchmen and family retainers, of courtship and country houses...in which, on the death of an elder, family members gather to eat the body of the deceased. In which society's high-and-mighty members avail themselves of the privilege of killing and eating the weaker children, which they do with ceremony and relish, growing stronger thereby.

You have never read a novel like Tooth and Claw.

"The King's Peace beautifully and thought-provokingly tells a story set in a world and a history almost like ours, but different enough to be in itself a kind of elvenland. It's good to know that there will be more."
-Poul Anderson

"There is not an ill-written sentence.... Never lacks immediacy or loses its historical quality. Sulien is a soldier first, honorable, capable, and trustworthy, and she is a wonderfully believable character." --VOYA on The King's Peace

"War is a tough subject to do well, but in this gritty, moving second and final book in the saga of Tir Tanagiri, British author Walton makes the strife of civil war not only believable but understandable.... Fine work." --Publishers Weekly (starred review) on The King's Name

"The pacing is brisk, the emotional impact great....Walton is making page-turners out of her take on Arthur's Britain." --Booklist on The King's Name