Too Big to Scale 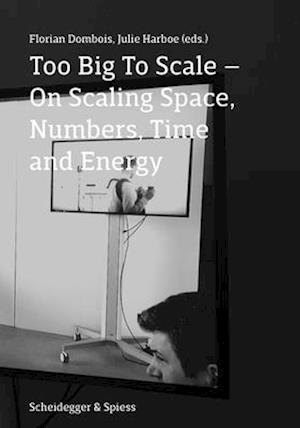 The 21st century is unthinkable without its past of unrestricted scaling in almost any way of life. A key driver of technological progress is mankind's ability to imagine things at a larger, or smaller, scale; processes at higher, or slower, speed, or to virtually apply more or less energy to something. This ability has been evident ever since we began to produce and represent art, yet it gained an entirely different dimension with the onset of industrialisation in the 19th century. This new book collects essays by fourteen artists, designers, engineers, and scholars. They discuss the significance of scaling for their respective discipline and field of research. The initial point of a trans-disciplinary symposium at Zurich University of the Arts in 2015, on which the contributions in this book are based, was the camera. It combines fast and slow motion, and film speed - already three dimensions of scaling. The possibility to copy and print taken images adds a fourth one, replication, making this apparatus that seems to merely depict our world appear to be something of a much larger scale: a machine to produce thought and imagination.

Forfattere
Bibliotekernes beskrivelse Presents contributions to a trans-disciplinary discussion on scaling and the use of cameras in intellectual and imaginative processes, and features essays by international artists, designers, engineers and scholars. 4 colour, 73 b&w