- Director of a Working Man's Ballet 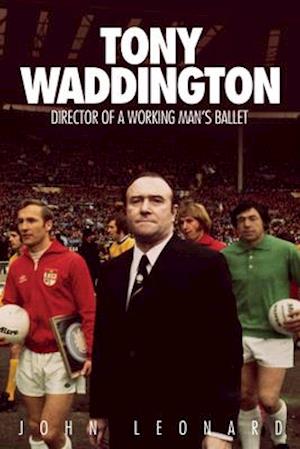 Waddington, Director of a Working Man's Ballet is a biography of the former Stoke City manager, Tony Waddington, one of the most underrated figures in 60s and 70s football. It charts how a man with the appearance of an urbane bank manager belied the stereotype of the hard-nosed football manager as he turned around the fortunes of an ailing club on the brink of going out of business. Instead, Waddington led the Potters to promotion, secured the club's first major trophy and challenged for a league title in a season bedevilled by bad luck, before a financial calamity led to his departure. An advocate of free-flowing football, yet fielding some of the most uncompromising defensive players of his era, he reinvigorated old pros, inspired young players and won the adulation of a generation of fans. Tony Waddington, or 'Waddo' as he was affectionately known to fans and players alike, achieved all this as the director of what he fondly termed 'a working man's ballet'.

Forfattere
Bibliotekernes beskrivelse A biography of the former Stoke City manager, charting how he reversed the fortunes of an ailing football club. An advocate of free-flowing football and uncompromising defence, 'Waddo' reinvigorated old pros, inspired young stars and led his club to its first major trophy. He did so as director of what he fondly called 'a working man's ballet'. Includes separate photo section