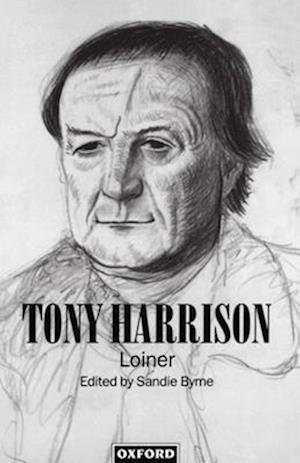 Tony Harrison: Loiner is published to celebrate the poet and playwright Tony Harrison's sixtieth birthday through an exploration of his work, including his best-known poem v.. Harrison (1937- ) has been called `our best English poet', and has been awarded a number of prizes for his poetry, including the Geoffrey Faber Memorial Prize, the Royal Television Society Award, the Prix Italia, and the Whitbread Prize for Poetry. This book gives his work theserious critical attention it merits, with essays from a number of prominent contributors, including Richard Eyre and Melvyn Bragg, and a foreword by Grey Gowrie. The collection ranges from personal recollections of working with Tony Harrison and personal responses to his poems, to detailed critical analyses of histechniques and themes, covering Harrison's short poems and sonnet sequence, his plays, his television poem-films, and his libretti, spanning the years 1955-1997. A `loiner' is a native of Leeds, where Tony Harrison was born and spent the early part of his life, and from which he was dispossessed by the enforced translation of the state scholarship system. The word also connotes other aspects of Tony Harrison: the `loins' of his poetry-its energy and physicality-and the `loners' who are its main protagonists-men and women dispossessed of their class, nation, language, and identity. At sixty, Harrison is at his poetic peak, producing plays,film-scripts, libretti, journalistic responses to social and national strife, impassioned speeches of love and outrage-always in poetry. Tony Harrison: Loiner introduces the major themes and forms of our most exciting and cosmopolitan as well as technically accomplished poet, and reassesses his achievement andplace in twentieth-century literature.