- The Rags-to-Riches Story of Toni & Guy, 'Hairdresser to the World' 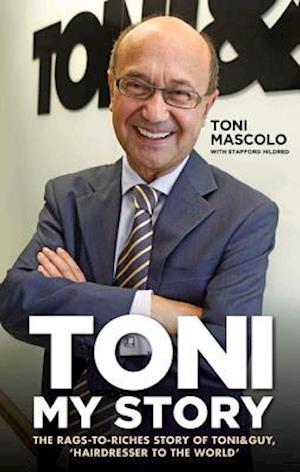 TONI MASCOLO was a happy one-year-old toddler in the sleepy Italian town of Scafati, near Pompeii, when, in September 1943, the Allied landings at Salerno brought war to his family's doorstep. More than seventy years later, he is the distinguished head of Toni&Guy, a Knight of the Italian Republic, an Officer of the Order of the British Empire, and a Papal Knight. What happened in the years between forms the core of his fascinating autobiography. The author became the head of his hard-working, yet often hard-up, Italian hairdressing family when his mother died, aged just forty-fi ve, in December 1962. Toni's father, who had brought the whole family to live in London in the 1950s, was devastated by his wife's death, and it was left to Toni and his brother Guy to feed and care for their younger brothers. The first Toni&Guy salon opened in London's Clapham Park Road in 1963 and now, after over half a century of extraordinary expansion, there are more than 500 salons all over the globe. Yet it remains at heart a family business, infused with the spirit of family closeness and strength that permeates every part of this book.In this lively, informative, sometimes tragic and often moving memoir, Toni Mascolo explains how he became 'Hairdresser to the World', and Chairman and Chief Executive of the largest hairdressing chain on the planet, one of the most famous and recognisable brands in countless countries.

Forfattere
Bibliotekernes beskrivelse In this lively, informative, sometimes tragic and often moving memoir, Toni Mascolo explains how he went from poor Italian immigrant to 'Hairdresser to the World', and Chairman and Chief Executive of one of the most famous and recognisable brands in countless countries.