Tom Purvis: Art for the Sake of Money

- Art of the Sake of Money 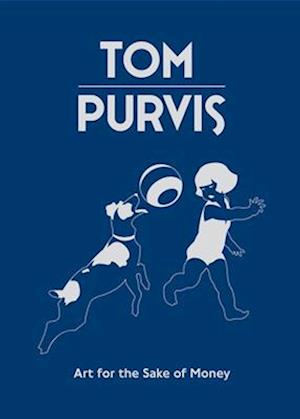 The first comprehensive book on the life and work of Tom Purvis, one of the most successful British commercial artist of the inter-war years, remembered for his iconic work for Austin Reed and his iconic posters for LNER, and for his 'signature style' of block colour minimalism.Tom Purvis was a commercial artist through and through and was proud of it - 'I got fun out of the money as well as out of the work'. After a period at Camberwell School of Art and some time in Paris, Purvis claimed to have had his really useful education working for the advertising agency Mather & Crowther. His career was interrupted when he served in the Artists' Rifles in WWI but thereafter he was self-employed, starting work in the 1920s for his two main clients - Austin Reed's and LNER. He became one of LNER's 'elite' artists and produced some 100 railway posters, the most iconic being 'East Coast Joys'.During the inter-war years he provided both posters and press advertisements for some sixty clients. His 'flat method' of colour block minimalism became his distinguishable 'signature style'.In1936 he was elected by the Royal Society of Arts to be one of their first Royal Designers of Industry, the first commercial artist to have his work so acknowledged.He became one of the most celebrated and successful commercial artist of the period and thoroughly enjoyed the life-style this brought him - Lancia car, Savage Club membership, and so on.He never saw himself an artist but considered himself a Master Craftsman, capable not only of producing a good poster, but print it, and, if paid sufficiently well, mount it on a street hoarding!