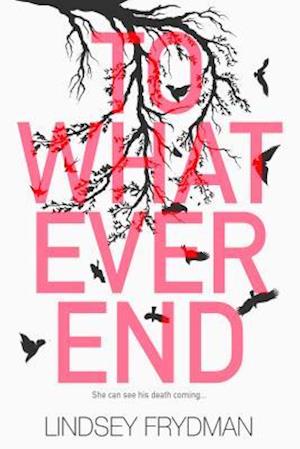 Quinn is cursed. Nothing deadly. Nothing particularly cruel. With one touch, she can see the ends to all her romantic encounters - like she was hit with some kind of twisted Cupid's bow. (And there's nothing romantic about that.) So she does not, under any circumstance, date. Quinn Easterly is not available or interested. Ever.Until she meets Griffin. When the two of them touch, a vision sparks - one where Griffin is shot, bleeding, dying in Quinn's arms. And then he utters three words she's never heard - words she thought she'd never hear: I love you.Whether by coincidence or by "fate," Griffin keeps showing up. And the more she sees of him, the less she can ignore the vision. She might never have been able to prevent the horrific predictions before, but this time, she can't simply walk away. She can't let him die. Even if Quinn can't change the future, can't save him, she at least has to try. Even if it means breaking her own heart when the fated ending finally arrives and she discovers she might've been to blame all along.

Forfattere
Bibliotekernes beskrivelse A contemporary love story with a small paranormal twist: what happens when you've found the one, only for the future to show he dies in your arms?