To Reform the World

- International Organizations and the Making of Modern States

indgår i serie History and Theory of International Law 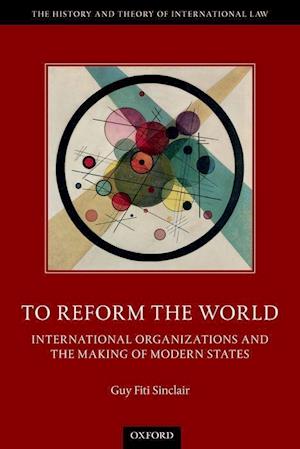 This book explores how international organizations (IOs) have expanded their powers over time without formally amending their founding treaties. IOs intervene in military, financial, economic, political, social, and cultural affairs, and increasingly take on roles not explicitly assigned to them by law. Sinclair contends that this 'mission creep' has allowed IOs to intervene internationally in a way that has allowed them to recast institutions within and interactionsamong states, societies, and peoples on a broadly Western, liberal model. Adopting a historical and interdisciplinary, socio-legal approach, Sinclair supports this claim through detailed investigations of historical episodes involving three very different organizations: the International LabourOrganization in the interwar period; the United Nations in the two decades following the Second World War; and the World Bank from the 1950s through to the 1990s. The book draws on a wide range of original institutional and archival materials, bringing to light little-known aspects of each organization's activities, identifying continuities in the ideas and practices of international governance across the twentieth century, and speaking to a range of pressing theoretical questions in present-day international law and international relations.

Forfattere
Bibliotekernes beskrivelse This book examines the influence of international organizations since the First World War, and explores how they have acted on behalf of, and at times instead of, states in the international arena. The International Labour Organization, the United Nations, and the World Bank are examined in depth.PRIZES:Winner of Winner of the 2018 ESIL Book Prize.