To a Dark Place

- Experiences from Survivors of the Troubles 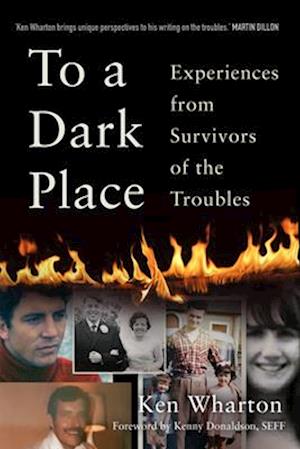 Between 1969 and 1998, over 4,000 people lost their lives in the small country of Northern Ireland. The vast majority of these deaths were sectarian in nature and involved ordinary civilians, killed by the various paramilitary groups. These organisations murdered freely and without remorse, considering life a cheap price to pay in the furtherance of their cause. The words 'Why us?' were uttered by many families whose lives were ripped asunder by The Troubles. Thousands of innocents received a life sentence at the hands of the terrorists; these, then, are their words, the words of those who survived such attacks, and of those left behind. These poignant and tragic stories come from the people who have been forced to live with the emotional shrapnel of terrorism.

Forfatter
Bibliotekernes beskrivelse The stories of the innocent; the survivors and those left behind, who paid the price of terrorism in Northern Ireland 93 Illustrations, black and white