Titian, Colonna and the Renaissance Science of Procreation 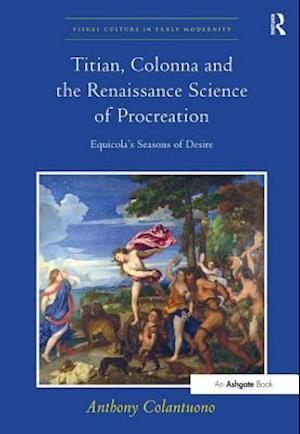 Titian, Colonna and the Renaissance Science of Procreation demonstrates that two major monuments of Italian Renaissance culture - Bellini's and Titian's famous series of mytho-poetical paintings for the camerino of Duke Alfonso d'Este of Ferrara, and Francesco Colonna's Hypnerotomachia Poliphili - were conceived as mnemonic or pedagogical devices aimed at educating the reader/beholder in the medical science of reproductive physiology and the maintenance of sexual health. It is further argued that the learned courtier Mario Equicola, who conceived the pictorial program of Duke Alfonso's camerino, had read Colonna's text and was extensively inspired by its prior literary argument. The study is organized in two parts, intimately interrelated. The first part is a study of Alfonso d'Este's camerino, with a general introduction, individual chapters on each of Bellini's and Titian's four pictorial "bacchanals," and a conclusion proposing a new and more accurate reconstruction of the layout of the room, also including a completely new way of interpreting the ensemble. The second part of the study concerns Colonna's Hypnerotomachia Poliphili, again beginning with its own introductory essay and advancing a completely new interpretation of the text. The brief conclusion brings the insights of the two sections together, clarifying the historical relationship between the pictorial and literary works and explaining their larger cultural significance. Emphasizing Equicola's use of the Hypnerotomachia as a model for pictorial invention, the author reveals how Titian's remarkably sensuous paintings and Colonna's erotically-charged romance are related by their common reference to the neo-Aristotelian medical theory of the "libidinal seasons," and by corollary themes of marriage and sexual consummation. This peculiar intersection of cultural themes came to prominence in the context of a courtly world in which medical science was increasingly brought to bear on the problem of dynastic continuity. While the book thus makes a major contribution to historical and art-historical inquiry into Renaissance notions of sexuality, it also relates this theme to the question of masculine identity and fatherhood, the histories of sexuality and marriage, and the interpretation of courtly art and literature as instruments of political or dynastic ideology. In addition, by grafting together the methods of advanced iconographic philology with those of comparative literature, the author provides a new methodological model that could be applied to other cultural monuments.

Forfattere
Bibliotekernes beskrivelse Demonstrates that Bellini's and Titian's famous series of mytho-poetical paintings for the camerino of Duke Alfonso d'Este of Ferrara, and Francesco Colonna's "Hypnerotomachia Poliphili" - were conceived as mnemonic or pedagogical devices aimed at educating the reader in the medical science of reproductive physiology. Includes 8 colour and 79 b&w illustrations