Tithe and Agrarian History from the Fourteenth to the Nineteenth Century 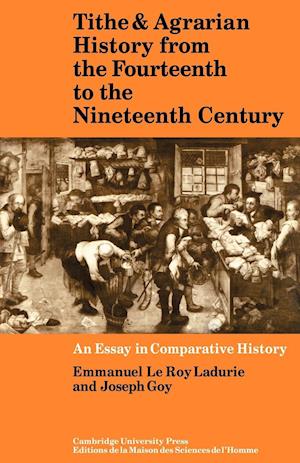 The tithe is a levy characteristic of the agrarian ancien regime, and is of great interest to historians of traditional societies such as pre-1789 France and other countries of Europe and Latin America until the beginning of the nineteenth century. Measured and recorded from year to year, the tithe forms an indicator which, albeit very approximate, is nevertheless extremely valuable in revealing the trends in agricultural production (grain, wine, stockbreeding ,etc.) over periods of years, decades or centuries. The book is in two parts. The first, by Joseph Goy, deals with theoretical questions and the methods used for research on the tithe and other associated dues. The second part, by Emmanuel Le Roy Ladurie in collaboration with Marie-Jeanne Tits-Dieuaide, presents an overview of the conclusions reached from the study of secular fluctuations in the product of the tithe and in other revenues from the land. These results, relating to the long period from the fourteenth to the nineteenth centuries, were obtained from the work of nearly a hundred historians in many countries; their help was an essential element in the writing of the book.