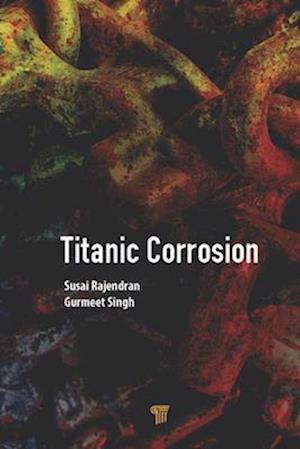 The word "titanic" reminds one of the majestic ship Titanic and James Cameron's epic romance movie Titanic-in many cases the film first and the ship next. The Titanic was the world's largest passenger ship when it entered service, measuring 269 m (882 feet) in length, and the largest man-made moving object on earth. The colossal ship and the epic movie inspired the authors, Susai Rajendran (professor of chemistry) and Gurmeet Singh (a renowned academic administrator and an internationally reputed expert in the field of corrosion science and smart materials) to study why the Titanic collapsed. The main reason seems to be bimetallic corrosion, also known as galvanic corrosion. This book discusses various aspects of galvanic corrosion, namely causes, consequences, methods of control, and case studies. It also reports research on the causes of corrosion of the sunken ship, including microbiologically influenced corrosion (MIC) and metallurgical failure. The book is a great reference for research scholars in the field of corrosion, graduate- and postgraduate-level students, the general public, and marine engineers.