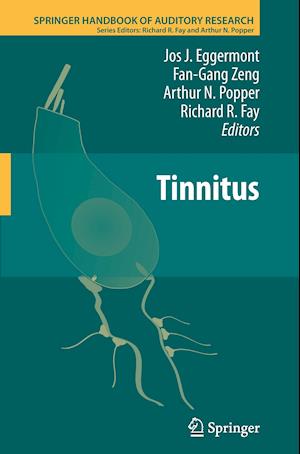 Tinnitus is a prevalent hearing disease, affecting 15% of the population, particularly hearing impaired, veterans and even young people who grow up with mp3 players and iPods. The mechanisms underlying tinnitus remain controversial. At present there is no cure for tinnitus, and treatment options are limited.Different from previous tinnitus books, including A. R. Moller's book [in press at Springer], which typically have a strong clinical flavor, the present volume focuses on neural mechanisms of tinnitus and its behavioral consequences. The proposed book starts with a general summary of the field and a short introduction on the selection and content of the remaining chapters. Chapter 2 overviews tinnitus prevalence and etiologies to set the tone for significance and complexity of this neurological disorder spectrum. Chapters 3-8 cover neuroscience of tinnitus in animal models from molecular mechanisms to cortical manifestation. Chapters 9-12 cover human brain responses to tinnitus and it clinical management.