- A story of unswerving faith and commitment 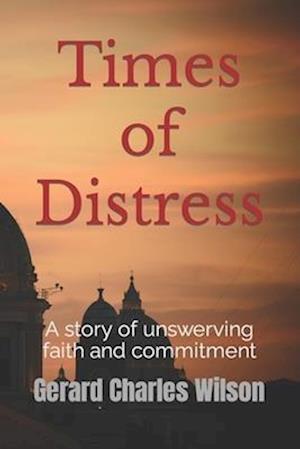 BOOK ONE OF THE CONCILIAR SERIES. Fr Jos van Engelen, a Dutch missionary priest stationed in New Guinea before World War II, is recalled to Holland to help his superior general combat suspected ideological subversion within his fraternity. He arrives in March 1940. When the Nazis invade Holland, he is drawn into covert operations by British intelligence. It all goes horribly wrong, and he is forced to flee to Amsterdam where he goes to ground. When the Nazis fire on the crowds gathered on Dam square in May 1945, he saves a young woman and her baby from being crushed in the stampede. It is the start of an unspoken relationship with the Strict Reformed (Gereformeerd) Truus van den Donker, and a deadly tussle with her brutish occultist husband.After the war, he has a running conflict with those he suspects of undermining the order's ways and of betraying him. The conflict comes to a head after the Second Vatican Council, resulting in more measures to get him out of the way. At the same time, he must confront sinister occultist forces that want him dead. The unspoken love of the woman he can never have keeps him from being crushed.This is a story of unswerving faith and commitment against diabolical forces that Fr Jos and Truus thought hardly possible.Book One of the CONCILIAR SERIES develops the early story of Fr van Engelen and Truus van den Donker with the location of the story in Holland, New Guinea and Australia. The period is from 1940 to 1970. Both will appear in a future title in the series.The Conciliar Series is a planned series of six stand-alone stories that have the Second Vatican Council and cultural revolution of the 1960s and 1970s as their background.