Time of the Aces 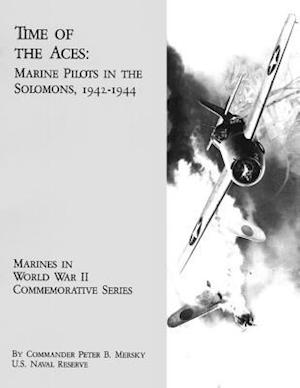 A flying ace or fighter ace is a military aviator credited with shooting down several enemy aircraft during aerial combat. The actual number of aerial victories required to officially qualify as an "ace" has varied, but is usually considered to be five or more. The few aces among combat aviators have historically accounted for the majority of air-to-air victories in military history. The Marine Corps aces fought some of the hardest battles of World War Two in the Pacific, most notably the grinding struggle for Guadalcanal, where the few pilots of the 'Cactus Air Force' saved the beachhead from Japanese counter-attacks. The Marine fliers also figured in the drive up through the Solomons, and achieved many great successes in late 1943 and early 1944, when, equipped with powerful F4U Corsairs, men like Pappy Boyington and Robert Hanson drove the Zeros from the skies of the Northern Solomons. This book recounts the Marine Operation in the Pacific and references specific subjects, such as aircraft, personalities, and campaigns.