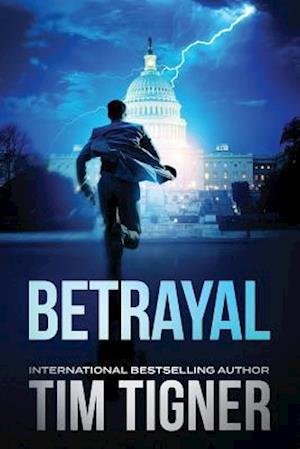 Save big when you buy this box set of Tim Tigner thrillers. These standalone novels are Tim Tigner's best sellers. Both BETRAYAL and FLASH have topped Amazon's charts around the world and are destined for Hollywood. Grab this 2 Pack today to find out why Amazon consistently ranks Tim Tigner as one of its All-Star (most read) authors." Every bit as spellbinding as Baldacci." --Kathryn Grady "Best author in the genre." --Lars de Kock" If you loved Flynn, you will love Tigner." --Sheri Robey" The most gripping story line I have ever read." --Paul Sturgess" Jason Borne meets Jack Reacher." --Ross Welsh "The very definition of a page turner." --Dick Hill ________________________________________ BETRAYAL Imagine Vince Flynn's TERM LIMITS meets David Baldacci's ABSOLUTE POWER. Presumed dead after a staged terrorist attack, FBI Agent Odysseus Carr is running for his life with the doctor who rescued him. Meanwhile, the same power players who sent Odi to his death are now manipulating an FBI profiler into blindly tracking him down. She's not just their best, she's also his sister. As Odi unravels a devious plot of profound political manipulation and global consequence, the hunted becomes the hunter, and the real terror begins. _______________________________________ FLASH Imagine Robert Ludlum's THE BOURNE IDENTITY meets John Grisham's THE FIRM. Two blood-spattered strangers awake, locked in the trunk of a car--with a murdered cop and the smoking gun. Aside from raging headaches and no idea what's happened, they appear to have nothing in common. Troy thinks it's 2001 and he's still a combat surgeon fighting terrorists in Afghanistan. Emmy believes it's 2002 and she's still grifting a living from the streets of L.A. Are they archenemies or coconspirators? Lovers or friends? What are they doing in the Caribbean, and why is a Croatian assassin determined to kill them? The only thing they know for certain is that they'll be spending the rest of their lives in prison if the police catch them before they learn the truth. ________________________________________ Amazon named Tim Tigner an All-Star Author in December, 2017 and every month since for being one of the 100 most-read authors in Kindle Unlimited.