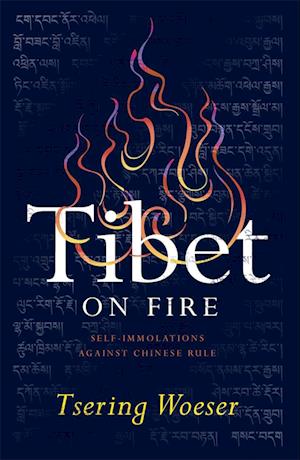 In the five years since February 2009, over 100 Tibetan monks have self-immolated in protest of the Chinese occupation in their lands. Most have died from their wounds. "If Tibetans saw even a sliver of an opportunity to hold demonstrations, then they would not resort to self-immolation," Woeser, the dissident Tibetan poet, has written in The New York Times. The Tibetans she references includes herself: a prominent voice of the Tibetan movement, and one of the few Tibetan authors to write in Chinese, Woeser has been placed under house arrest in and lives under close surveillance. Tibet On Fire is her account of the oppression Tibetans face, and the ideals driving both the self immolators and other Tibetans like herself. Angry and clear, Tibet On Fire is a clarion call for the world to take note.

Forfattere
Bibliotekernes beskrivelse A manifesto for Tibetan resistance, from the voice of the Tibetan movement