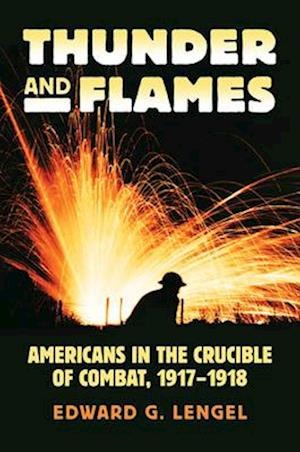 Army Historical Foundation Distinguished Book Award. Master Corporal Jan Stanislaw Jakobczak Memorial Book Award.November 1917. The American troops were poorly trained, deficient in military equipment and doctrine, not remotely ready for armed conflict on a large scale-and they'd arrived on the Western front to help the French push back the Germans. The story of what happened next-the American Expeditionary Force's trial by fire on the brutal battlefields of France-is told in full for the first time in Thunder and Flames.Where history has given us some perspective on the individual battles of the period-at Cantigny, Chateau Thierry, Belleau Wood, the Marne River, Soissons, and little-known Fismette-they appear here as part of a larger series of interconnected operations, all conducted by Americans new to the lethal killing fields of World War I and guided by the battle-tested French. Following the AEF from their initial landing to their emergence as an independent army in late September 1918, this book presents a complex picture of how, learning warfare on the fly, sometimes with devastating consequences, the American force played a critical role in blunting and then rolling back the German army's drive toward Paris. The picture that emerges is at once sweeping in scope and rich in detail, with firsthand testimony conjuring the real mud and blood of the combat that Edward Lengel so vividly describes. Official reports and documents provide the strategic and historical context for these ground-level accounts, from the perspective of the Germans as well as the Americans and French. Battle by battle, Thunder and Flames reveals the cost of the inadequacies in U.S. training, equipment, logistics, intelligence, and command, along with the rifts in the Franco-American military marriage. But it also shows how, by trial and error, through luck and ingenuity, the AEF swiftly became the independent fighting force of General John ""Blackjack"" Pershing's long-held dream-its divisions ultimately among the most combat-effective military forces to see the war through.

Forfattere
Bibliotekernes beskrivelse November 1917. American troops were poorly trained, deficient in military equipment and doctrine, not remotely ready for armed conflict on a large scale - and on the Western front. The story of what happened next - the American Expeditionary Force's trial by fire on the battlefields of France - is told in full for the first time in this book.