The Return of Kid Cooper 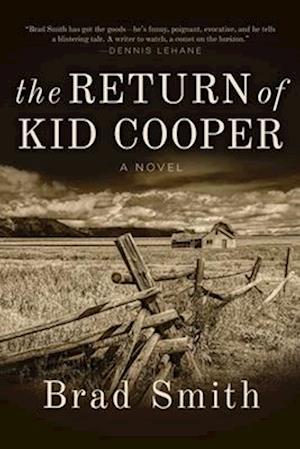 **WESTERN WRITERS OF AMERICA 2019 SPUR AWARDS WINNER!** "[A] first-rate novel."-True West magazine "Smith has written tight, fast-paced novels his entire career...and reading one is like riding a thoroughbred."--The Chronicle Herald In the style of Cormac McCarthy, a gritty tale of justice and revenge in the Wild West. The year is 1910. Nate Cooper is an old-school cowboy. He sees the change brought by the turn of the century-horses giving way to motorcars, his girlfriend marrying his best friend, and his nemesis running for governor-and reckons none of it to be good. The west is being tamed, and with progress, some things are lost. But people? They tend to stay the same. Even after spending nearly thirty years in a Montana prison for a wrongful murder conviction, Nate's moral compass is true and unwavering: he does all the wrong things for all the right reasons. So when he returns to his Northern Montana ranching town to find the Blackfoot Indians-the people he went to prison trying to defend-are still being cheated out of their territory by ranchers, Nate can't rest on his laurels. With grit, determination, a quick trigger finger, and the help of the woman he used to love, Nate sets out to settle the score and force some justice in into the changing world. Before long, though, he'll discover that justice doesn't come cheap.