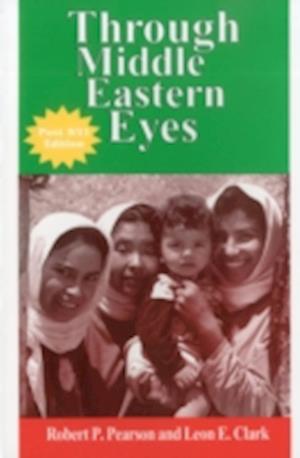 This book provides an avenue for Americans in all walks of life to deepen their understanding of Middle Eastern peoples and their attitudes toward the United States and each other. The book creates contexts for readers struggling to understand current conflicts in the region- Iraq, Israel/Palestine as well as the dilemma of the Kurds. It is one of the few books containing an overview of contemporary Middle East culture and politics with balanced views from Jews and Muslims rarely contained in one volume, including:*Transcripts of Bin Laden's videotaped messages*Post-9/11 transcript of the Saudi Arabian ambassador's interview on Meet the Press*A round-up of Arab-American responses with self-criticism by a Muslim and an Israeli scholarSince September 11, 2001, much of the world has turned its attention to the Middle East, mostly with a string of questions. Who were these 19 terrorist hijackers all from the Middle East? Why did they attack the U.S - the World Trade Center in New York and the Pentagon in Washington DC.? What is there about the Middle East, if anything, that would lead these terrorists to believe they were martyrs in a holy war and would be given a special place in heaven?Through Middle Eastern Eyes attempts to answer these questions - and many more. The last five selections in the book deal specifically with 9/11 by presenting the views of Osama bin Laden, the relations to 9/11 throughout the Middle East, the agenda of radical Islamic fundamentalists and the response to this agenda by moderate Muslims. In addition, several other selections in the book deal with the tenets of Islam, its influence on people's daily lives, and the tug of war between traditional and Westernized values in the region. First published almost three decades ago, Through Middle Eastern Eyes attempts to bring to life the Middle East-a seedbed of history and religion, a hotbed of ethnic and religious conflict. Sources range from speeches and historical documents to autobiography, traditional and modern literature, and economic and political analysis.