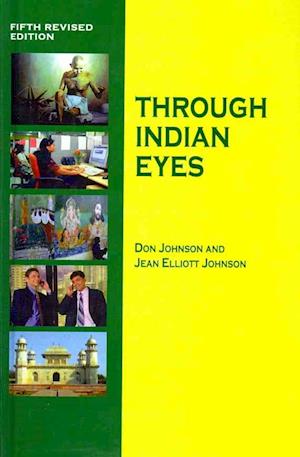 Through Indian Eyes offers students glimpses into Indian culture and history through the eyes of a variety of Indians: students, novelists, poets, political and business leaders and ordinary people. With a focus on the Indian life cycle, the Hindu world view, the struggle for independence and India as an emerging world economic and political power, the book offers cultural and historic themes that draw upon India's long history and its valiant attempts to build a democratic pluralistic nation out of hundreds of cultural groups, more than 20 major linguistic traditions and all the world's major religions. Through Indian Eyes invites students to compare these features with their own society that is facing remarkably similar challenges. The first section deals with the Indian life cycle and focuses on the Hindu world view and social organization. The second section examines highlights from India's almost 5,000-year history and then focuses on Hindu-Muslim relations and the nationalist movement. The last section examines Post-Independent India's paths to economic development, the rise of the new consuming middle class, globalization, and India's increasing international status as Indians strive to integrate historic and cultural values into the emerging global world.