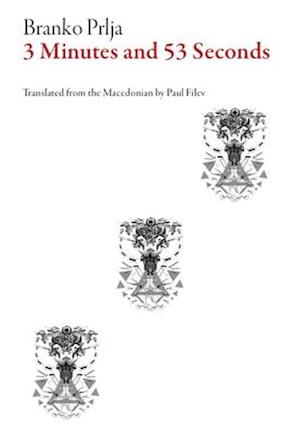 A bildungsroman in 21 songs and collages, 3 Minutes and 53 Seconds follows the life of an unnamed hero from 1984 to 2004 as he moves from boyhood to early fatherhood.

Uprooted from his home in Sarajevo following his parents' divorce, the hero is thrust into a new life in Skopje, where he grows up amid the unfolding political and social drama of the collapse of Yugoslavia. The story is an intimate account of rupture and displacement, but also, ultimately, resilience. The title refers to the average length of a hit song, and the time it takes to read each chapter. Arranging the formative moments in the hero's life around songs of the period, Branko Prlja captures the zeitgeist of the time. With a playlist from the '80s, '90s, and '00s that ranges from heavy metal to punk rock, from grunge and drum 'n' bass to trip hop and pop music, these are the tracks that left their mark on a whole generation--not just in the Balkans, but worldwide.