Three Bodies by the River 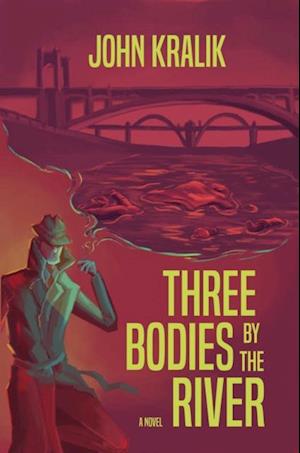 Sam Straight wants to be a good lawyer. Instead he finds himself disillusioned in 1990s LA, daydreaming in court of the gentle savior he wants to be, and drinking away his frustrations at night in his office. But he is violently shaken from the despairing emptiness of his life one evening when an intruder at the law firm brutally stabs him and his partner.With his partner on the brink of death, Sam discovers that he is the LAPD's most likely suspect. But the answer to the mystery attacker might lie with the law firm's prized new client, an eighteen-year-old dot-com entrepreneur known as 'the Kid.' Is the Kid a money launderer? An inspirational religious leader? A sexual predator?Sam struggles to stay out of prison as he makes his way through an apocalyptic LA landscape of bombings, fires, and organized crime to a fateful encounter with three bodies on the concrete banks of the LA River. His only hope is a first-year associate with an athlete's body but an unproven legal mind. Can he maintain his integrity while exposing depravity in his own client? But more importantly, will he even survive?