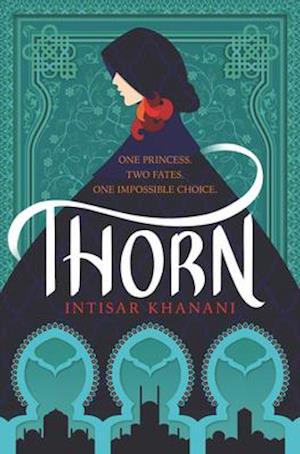 Hunted meets The Wrath and the Dawn in this bold fairytale retelling--where court intrigue, false identities, and dark secrets will thrill fans of classic and contemporary fantasy alike.

Princess Alyrra has always longed to escape the confines of her royal life, but when her mother betroths her to a powerful prince in a distant kingdom, she has little hope for a better future.

Until Alyrra arrives at her new kingdom, where a mysterious sorceress robs her of both her identity and her role as princess--and Alyrra seizes on the opportunity to start a new life for herself as a goose girl.

But as Alyrra uncovers dangerous secrets about her new world, including a threat to the prince himself, she knows she can't remain silent forever. With the fate of the kingdom at stake, Alyrra is caught between two worlds, and ultimately must decide who she is and what she stands for.

Originally self-published as an ebook and now brought to life in hardcover with a refreshed design and completely revised text, Thorn also features an additional short story set in-world, The Bone Knife.