Thomi Keller: A Life in Sport 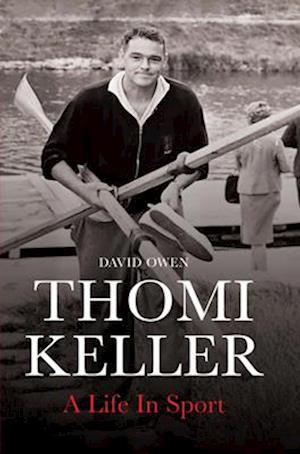 Thomi Keller's place in rowing's pantheon is beyond dispute. A talented oarsman whose hopes of winning an Olympic medal were dashed when Switzerland didn't attend the 1956 Games, he went on to preside over FISA, the sport's international federation, for more than thirty years. During a turbulent and fast-changing era marked by Cold War politics and sport's incipient commercialisation, he substantially modernised both rowing and its governing body, resolutely putting the athlete first. Yet Keller's influence extended far beyond his own sport. By convincing other sports leaders of the benefits of working together, he forged the international federations into a force that the International Olympic Committee - custodians of the world's most diverse and spectacular sporting event - had no choice but to respect. At the height of his powers, in the late 1970s, he arguably wielded more influence among fellow sports leaders than the IOC president himself. Though ultimately outmaneuvered by the IOC's Juan Antonio Samaranch, who identified and harnessed the Olympics' commercial power, Keller remained a revered figure until his death in 1989, aged only sixty-four. Thirty years on he is still, as one obituarist put it, "the outstanding figure in the history of international rowing".While the sporting world Keller inhabited has since been transformed by the cash that has gushed in from broadcasters and sponsors, his essential message - that fair competition and athlete wellbeing must come first - remains today as relevant as ever.Drawing on exclusive access to contemporary documents and the reminiscences of those who knew Keller, the award-winning sportswriter David Owen has written the first full-length biography of one of the most important and charismatic sports leaders of the twentieth century.

Forfattere
Bibliotekernes beskrivelse From the genteel backwater of rowing, Keller burst onto the global stage in 1973 and proceeded to battle for sport's soul in the face of Cold War politics and cold-hearted capitalism.