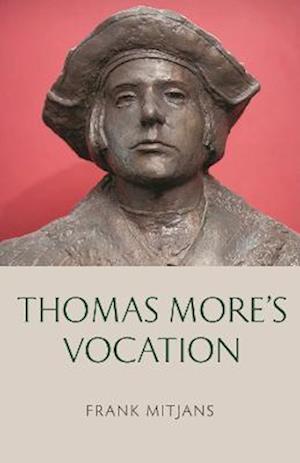 The book considers Thomas More's early life-choices. An early letter is cited by biographers but most miss More's reference to the market place. More's great-grandson, Cresacre, a Londoner, understood it correctly, and that gives reason to trust him on other aspects of More's youth.This study is based on early testimonies, those of Erasmus, Roper, Harpsfield, Stapleton and Cresacre More, as well as More's early writings, the Pageant Verses, and his additions/omissions to the Life of Pico; evidence drawn from authors he recommended, like Hilton and Gerson; and finally, his epitaph. Attention is given to his lectures on St Augustine's City of God, and to St John Chrysostom. It is argued More studied Chrysostom's Homilies on the Gospel of St Matthew from a Greek manuscript. Chrysostom, in the introductory homily, spoke of the city and the market place, as the setting in which Christians practice the teaching of Christ.More practiced law and taught it. He was attracted to becoming a Christian humanist alongside Grocyn, Colet, Linacre, and Lily. With them he studied Greek, the classics and Fathers of the Church. Helped by them he became a man of prayer, aware of the need to seek holiness in the midst of the world as a layman. Faced with the dilemma of the humanist in choosing between the contemplative life of the philosopher and an active life of engagement with the world, he deliberately chose the active life in service to society, and the contemplative life of the Christian as a married man. This awareness and choice is what is called vocation, implying determination to persevere throughout life: More saw his life as a pilgrimage towards heaven as described in the last chapter focusing on More's last work, De tristitia, tedio, pavore, etoratione christi ante captionem eius.