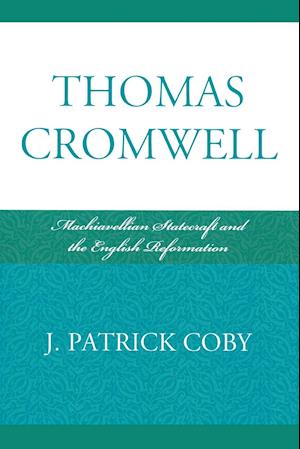 Thomas Cromwell, chief architect of the English Reformation, served as minister of Henry VIII from 1531 to 1540, the period during which more political and religious reform was accomplished than at any other time in Henry's thirty-seven-year reign. Thus the momentous events of the 1530s are generally (but not universally) attributed to Cromwell's agency. Cromwell has been the subject of close and continuous attention for the last half century, with positive appraisal of his work and achievements as the scholarly norm. In this classroom biography_the first in a generation and the only one now in print_that judgment is largely accepted, though it is combined with earlier and more critical assessments that view Cromwell as a disciple of Machiavelli. One distinguishing feature of this study is its overview of Machiavellian thought, along with its overview of Marsilian thought. Marsilius of Padua, fourteenth-century political philosopher and author of Defensor Pacis, is widely recognized as the source of Cromwell's reformation ideas; but nowhere is Marsilius explicated. The same is true of Machiavelli_never explicated though said to be (by Reginald Pole, cousin of Henry and cardinal of the church) the source of Cromwell's ideas on statecraft. A second distinguishing feature of the book is its inclusion of an introductory chapter that situates Cromwell in the sixteenth century and shows his connection to important events, characters, and ideas. Thus, while the book is a biography, its focus is broader and its uses more various.