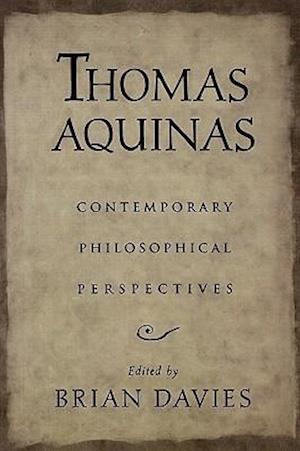 This book combines a broad scientific and sociopolitical view of US wetlands, for a wide audience of students and professionals concerned with basic or applied ecology, environmental conservation and policy. Wetland science is a new and rapidly evolving branch of ecosystem science, and wetland regulation is increasingly central to conservation policy. Regulatory initiatives frequently raise unanswered questions, while scientific study supports or calls into questionregulatory practice, which occurs in an environment of intense public scrutiny. This primer lays out the science and policy considerations in a format accessible and useful to all who would be involved in wetland ecology, and his book would also serve as a supplementary text for courses onconservation biology, wetlands or environmental policy.Brian Davies offers a full-scale introduction to Aquinas's philosophy, collecting in one volume the best recent essays on Aquinas by some of the world's foremost scholars of medieval philosophy. Taken together they illuminate the entire spectrum of Aquinas's thought: philosophy of nature, logic, metaphysics, natural theology, philosophy of mind, philosophy of action and ethics. Philosophically rigorous, readable, informative, critical, and evaluative of the texts ofAquinas, the essays are framed by a detailed introduction providing an account of Aquinas's life, works, and his major philosophical conclusion.