This is the Ritual 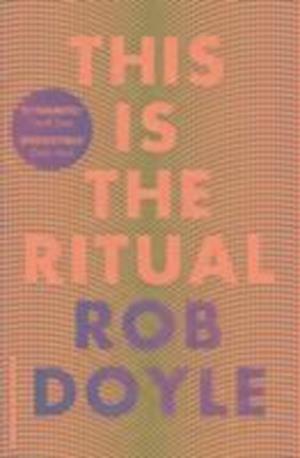 'Doyle is as good as everyone - from John Boyne to Colm Toibin - says he is' Daily MailA young man in a dark depression roams the vast, formless landscape of a Dublin industrial park where he meets a vagrant in the grip of a dangerous ideology. A woman fleeing a break-up finds herself taking part in an unusual sleep experiment. A man obsessed with Nietzsche clings desperately to his girlfriend's red shoes. And whatever happened to Killian Turner, Ireland's vanished literary outlaw? Lost and isolated, the characters in these masterful stories play out their fragmented relationships in a series of European cities, always on the move; from rented room to darkened apartment, hitchhiker's roadside to Barcelona nightclub. Rob Doyle, a shape-shifting drifter, a reclusive writer, also stalks the book's pages. Layering narratives and splicing fiction with non-fiction, This is the Ritual tells of the ecstatic, the desperate and the uncertain. Immersive, at times dreamlike, and frank in its depiction of sex, the writer's life, failed ideals and the transience of emotions, it introduces an unmistakable new literary voice.