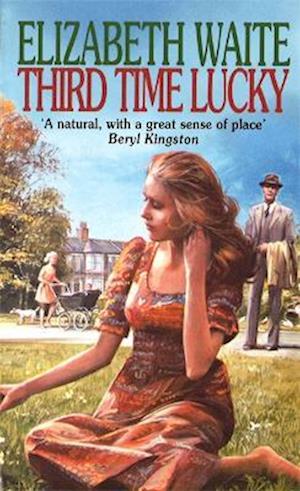 In 1951, the whole of London thrills to the Festival of Britain, but not Evie Smith. Mistress to Ted Hopkins these thirteen years, marriage is still little more than a dream. Ted has always resigned himself to caring for his bed-ridden wife in Lytham St Ann's, only seeing Evie and their two girls for a few weeks every year.Then, just as Evie finds she is pregnant with their third child, Ted takes his wife abroad for new medical treatment. Five years passing with no word from him, Evie selflessly devotes herself to bringing up her daughters under the loving and protective gaze of her mother Flossie and stepfather Jim, until one day she meets and falls for charming George Higgins, a popular businessman with an almost endless supply of gifts for her family.Tragically, George is killed saving his mother from a fire, leaving Evie lonelier than ever... but through grief may lie her chance of finding lasting happiness.

Forfattere
Bibliotekernes beskrivelse A natural, with a great sense of place' BERYL KINGSTON