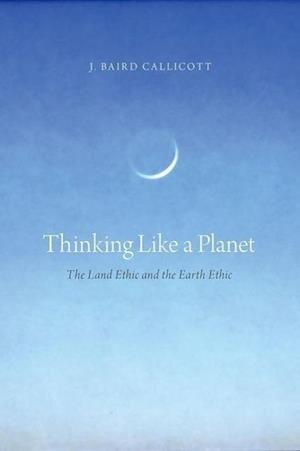 Bringing together ecology, evolutionary moral psychology, and environmental ethics, J. Baird Callicott counters the narrative of blame and despair that prevails in contemporary discussions of climate ethics and offers a fresh, more optimistic approach. Whereas other environmental ethicists limit themselves to what Callicott calls Rational Individualism in discussing the problem of climate change only to conclude that, essentially, there is little hope that anythingwill be done in the face of its "perfect moral storm" (in Stephen Gardiner's words), Callicott refuses to accept this view. Instead, he encourages us to look to the Earth itself, and consider the crisis on grander spatial and temporal scales, as we have failed to in the past. Callicott supports thistheory by exploring and enhancing Aldo Leopold's faint sketch of an Earth ethic in "Some Fundamentals of Conservation in the Southwest," a seldom-studied text from the early days of environmental ethics that was written in 1923 but not published until 1979 after the environmental movement gathered strength.