Thinking Between Deleuze and Kant 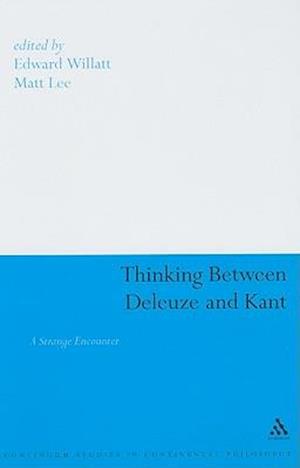 In the wake of much previous work on Gilles Deleuze's relations to other thinkers (including Bergson, Spinoza and Leibniz), his relation to Kant is now of great and active interest and a thriving area of research. In the context of the wider debate between 'naturalism' and 'transcendental philosophy', the implicit dispute between Deleuze's 'transcendental empiricism' and Kant's 'transcendental idealism' is of prime philosophical concern. Bringing together the work of international experts from both Deleuze scholarship and Kant scholarship, Thinking Between Deleuze and Kant addresses explicitly the varied and various connections between these two great European philosophers, providing key material for understanding the central philosophical problems in the wider 'naturalism/ transcendental philosophy' debate. The book reflects an area of great current interest in Deleuze Studies and initiates an ongoing interest in Deleuze within Kant scholarship. The contributors are Mick Bowles, Levi R. Bryant, Patricia Farrell, Christian Kerslake, Matt Lee, Michael J. Olson, Henry Somers-Hall and Edward Willatt.