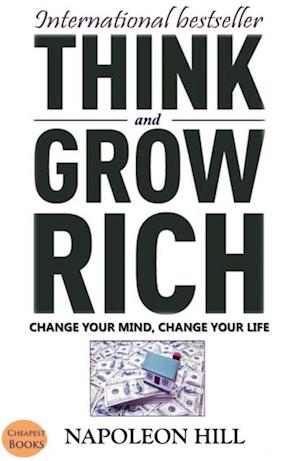 IN EVERY chapter of this book, mention has been made of the money-making secret which has made fortunes for more than five hundred exceedingly wealthy men whom I have carefully analyzed over a long period of years.The secret was brought to my attention by Andrew Carnegie, more than a quarter of a century ago. The canny, lovable old Scotsman carelessly tossed it into my mind, when I was but a boy. Then he sat back in his chair, with a merry twinkle in his eyes, and watched carefully to see if I had brains enough to understand the full significance of what he had said to me.When he saw that I had grasped the idea, he asked if I would be willing to spend twenty years or more, preparing myself to take it to the world, to men and women who, without the secret, might go through life as failures. I said I would, and with Mr. Carnegies cooperation, I have kept my promise.This book contains the secret, after having been put to a practical test by thousands of people, in almost every walk of life. It was Mr. Carnegies idea that the magic formula, which gave him a stupendous fortune, ought to be placed within reach of people who do not have time to investigate how men make money, and it was his hope that I might test and demonstrate the soundness of the formula through the experience of men and women in every calling.This single application of the secret, by that young man Charles M. Schwab made him a huge fortune in both money and OPPORTUNITY. Roughly speaking, this particular application of the formula was worth six hundred million dollars. These facts-and they are facts well known to almost everyone who knew Mr. Carnegie-give you a fair idea of what the reading of this book may bring to you, provided you KNOW WHAT IT IS THAT YOU WANT.Even before it had undergone twenty years of practical testing, the secret was passed on to more than one hundred thousand men and women who have used it for their personal benefit, as Mr. Carnegie planned that they should. Some have made fortunes with it. Others have used it successfully in creating harmony in their homes. A clergyman used it so effectively that it brought him an income of upwards of $75,000.00 a year.Arthur Nash, a Cincinnati tailor, used his near-bankrupt business as a guinea pig on which to test the formula. The business came to life and made a fortune for its owners. It is still thriving, although Mr. Nash has gone. The experiment was so unique that newspapers and magazines, gave it more than a million dollars worth of laudatory publicity.The secret was passed on to Stuart Austin Wier, of Dallas, Texas. He was ready for it so ready that he gave up his profession and studied law. Did he succeed? That story is told too.I gave the secret to Jennings Randolph, the day he graduated from College, and he has used it so successfully that he is now serving his third term as a Member of Congress, with an excellent opportunity to keep on using it until it carries him to the White House.