They're Playing Our Song 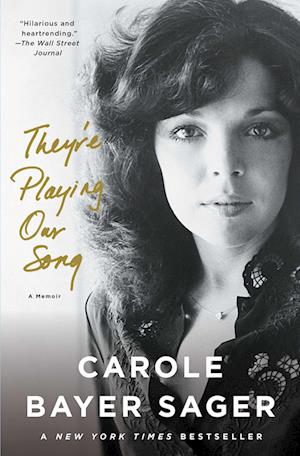 A New York Times bestseller from Grammy and Academy Award-winning songwriter Carole Bayer Sager shares "a delightful and funny tell-all crammed with famous names and famous songs" (Steve Martin), from her fascinating (and sometimes calamitous) relationships to her collaborations with the greatest composers and musical artists of our time. For five decades, Carole Bayer Sager has been among the most admired and successful songwriters at work, responsible for her lyrical contributions to some of the most popular songs in the English language, including "Nobody Does It Better," "A Groovy Kind of Love," "Don't Cry Out Loud," and the theme from the movie Arthur, "The Best That You Can Do" (about getting caught between the moon and New York City). She has collaborated with (and written for) a dizzying number of stars, including Peter Allen, Ray Charles, Celine Dion, Bob Dylan, Neil Diamond, Clint Eastwood, Aretha Franklin, Whitney Houston, Michael Jackson, Carole King, Melissa Manchester, Reba McEntire, Bette Midler, Dolly Parton, Carly Simon, Frank Sinatra, and Barbra Streisand. But while her professional life was filled with success and fascinating people, her personal life was far more difficult and dramatic. In this memoir that "reads like a candid conversation over a bottle of Mersault on a breezy Bel Air night" (Vanity Fair), Carole Bayer Sager tells the surprisingly frank and darkly humorous story of a woman whose sometimes crippling fears and devastating relationships inspired many of the songs she would ultimately write. "This exceptionally candid memoir" (Los Angeles Times) will fascinate anyone interested in the craft of songwriting and the joy of collaboration, but They're Playing Our Song is also a deeply personal account of how love and heartbreak made her the woman, and the writer, she is. "Carole Bayer Sager is simply the finest....and this book is one of the best, most lasting songs she has ever written" (Carly Simon).