- The Story of British Agents in France 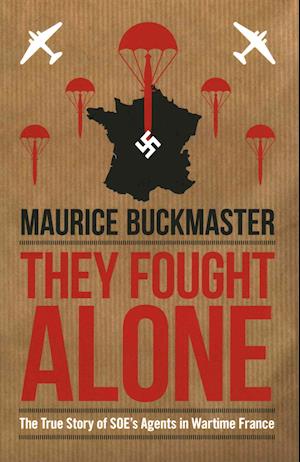 'Set Europe ablaze.' The order came from Churchill himself. The result was the Special Operations Executive - the SOE. Established in 1941 with the aim of supplying occupied France with a steady stream of highly trained resistance agents, this clandestine second world war network grew to become a crucial part of the allied arsenal. Ingeniously engineering acts of sabotage, resistance and terror in the face of the occupying Nazis, the SOE dealt devastating and fatal blows to the German war effort - and directly contributed to the rapid and successful advance of Allied forces across France in the days and months after D-Day. At the head of the French operations stood Colonel Maurice James Buckmaster, the leader of the SOE's French Section. These are his extraordinary memoirs. A lost classic, now available for the first time after many decades, They Fought Alone offers a unique insight into the courageous triumphs and terrible fates of the SOE's agents between 1941 and 1944.This new edition includes an introduction by intelligence historian Michael Smith that deals with the recent controversy surrounding Buckmaster, restoring his reputation as one of the most important figures in the resistance to the Nazis. The best collection of military, espionage, and adventure stories ever told. The Dialogue Espionage Classics series began in 2010 with the purpose of bringing back classic out-of-print spying and espionage tales. From WWI and WWII to the Cold War, D-Day to the SOE, Bletchley Park to the Comet Line this fascinating spy history series brings you the best stories that should never be forgotten.

Forfattere
Bibliotekernes beskrivelse A classic espionage title available for the first time in many decades, The Fought Alone is a unique look at SOE - a wartime initiative devised by Winston Chuchill.