There's a Hair in My Dirt!

- A Worm's Story (Bound for Schoo) 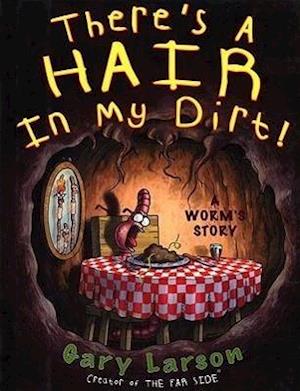 Lumpy humans, anthromorphized animals, and quirky humor: All the hallmarks of Gary Larson's comic genius are on display in this book praised by the Denver Post as "satiric, biting, edgy, and witty." It begins beneath the forest floor, when, during a typical repast, a young whiny worm discovers a hair in his dirt and goes on to complain about his life in general. Father worm, trying to quell his son's anger, then tells him a tale about a nature-loving woman and her unforgettable walk in the woods. A novel take on the difference between our idealized view of nature and the harsh reality of life for the birds, bees (and worms), There's a Hair in My Dirt is Larson at his off-kilter best.