- Proceedings of a Workshop 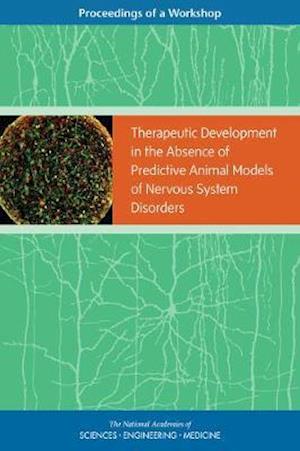 Compared with other disease areas, central nervous system (CNS) disorders have had the highest failure rate for new compounds in advanced clinical trials. Most CNS drugs fail because of efficacy, and the core issue underlying these problems is a poor understanding of disease biology. Concern about the poor productivity in neuroscience drug development has gained intensity over the past decade, amplified by a retraction in investment from the pharmaceutical industry. This retreat by industry has been fueled by the high failure rate of compounds in advanced clinical trials for nervous system disorders.In response to the de-emphasis of CNS disorders in therapeutic development relative to other disease areas such as cancer, metabolism, and autoimmunity, the National Academies of Sciences, Engineering, and Medicine initiated a series of workshops in 2012 to address the challenges that have slowed drug development for nervous system disorders. Motivated by the notion that advances in genetics and other new technologies are beginning to bring forth new molecular targets and identify new biomarkers, the Academies hosted the third workshop in this series in September 2016. Participants discussed opportunities to accelerate early stages of drug development for nervous system disorders in the absence of animal models that reflect disease and predict efficacy. This publication summarizes the presentations and discussions from the workshop.

Forfattere
Bibliotekernes beskrivelse "A report of the National Academies of Sciences, Engineering, Medicine."