indgår i serie DEVELOPMENTS IN AQUACULTURE AND FISHERIES SCIENCE 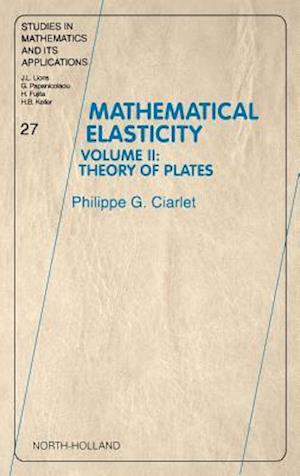 Analytical methods, that combine a chemical sample treatment step with a spectrometric technique, applied to the determination of metals and metalloids at trace and ultratrace levels are discussed in this book. A thorough critical survey of the literature for the period 1985-1994 gives references to source articles always readily available in peer reviewed journals.The book comprises three parts. Part I discusses general aspects of successive steps of an analytical procedure from sampling and sample decomposition, through separation and preconcentration to spectrometric determination. Flow injection analysis, hyphenated techniques and speciation are included. Accuracy in trace analysis, sources of errors and the role of CRMs are also covered. Part II is devoted to practical aspects of sample handling and multielement trace analyses of environmental, geological, clinical, and industrial materials. Each chapter contains several tables summarizing procedures for multielement analysis of real samples and certified reference materials available for method validation. Part III contains 54 alphabetically arranged monographic reviews on spectrochemical trace analysis for individual elements. Each chapter gives basic information on analytico-chemical properties of the element which is followed by an overview of methods for its separation, preconcentration, and instrumental detection. Particular attention is given to practical issues, difficulties and quality assurance during the analysis of real samples. Each chapter contains tables summarizing the key steps of the procedures developed for the trace element determination and the detection characteristics reported.The objective of Volume II is to show how asymptotic methods, with the thickness as the small parameter, indeed provide a powerful means of justifying two-dimensional plate theories. More specifically, without any recourse to any a priori assumptions of a geometrical or mechanical nature, it is shown that in the linear case, the three-dimensional displacements, once properly scaled, converge in H1 towards a limit that satisfies the well-known two-dimensional equations of the linear Kirchhoff-Love theory; the convergence of stress is also established.In the nonlinear case, again after ad hoc scalings have been performed, it is shown that the leading term of a formal asymptotic expansion of the three-dimensional solution satisfies well-known two-dimensional equations, such as those of the nonlinear Kirchhoff-Love theory, or the von Karman equations. Special attention is also given to the first convergence result obtained in this case, which leads to two-dimensional large deformation, frame-indifferent, nonlinear membrane theories. It is also demonstrated that asymptotic methods can likewise be used for justifying other lower-dimensional equations of elastic shallow shells, and the coupled pluri-dimensional equations of elastic multi-structures, i.e., structures with junctions. In each case, the existence, uniqueness or multiplicity, and regularity of solutions to the limit equations obtained in this fashion are also studied.