Theory and Reality of International Politics 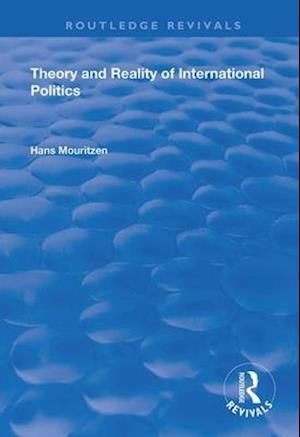 First published in 1998, this volume deals with the explanation of international politics and foreign policy. Levels of explanation and their interrelationships offer the book's structure. Based on critiques of major IR approaches, a 'bottom-up' instead of a systemic 'top-down' perspective (Waltz) is advocated, but without falling prey to reductionism explaining international politics from domestic factors. Explanation of state behaviour should primarily stress states' salient environment, but occasionally also their historical lessons from previous experience with this environment. International organizations or other non-state actors may be allowed an influence of their own in certain areas, but the state remains in ultimate control.