- The Social Construction of Religious and Secular Extremism 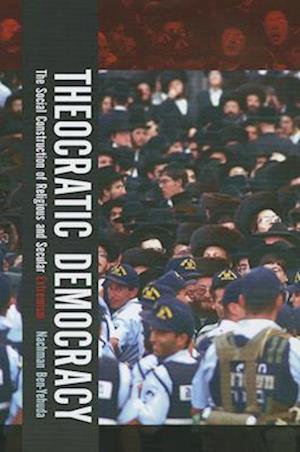 The state of Israel was established in 1948 as a Jewish democracy without a legal separation between religion and the state. This state-religion tension has been a central political, social, and moral issue in Israel, resulting in a theocracy-democracy cultural conflict between secular Jews and the fundamentalist ultra-orthodox-Haredi-counter-cultural community in Israel. And one of the major arenas where such conflicts are played out is the media.An expert on the construction of social and moral problems, Nachman Ben-Yehuda examines more than 50 years of media-reported unconventional and deviant behavior by the Haredi community. He finds that not only have they increased over the years, but their most salient feature is violence. This violence is not random or precipitated by some situational emotional rage-it is planned and aims to achieve political goals. Using verbal and non-verbal violence in the forms of curses, intimidations,threats, setting fires, throwing stones, beatings, staging mass violations and more, Haredi activists try to drive Israel towards a more theocratic society. Most of the struggle is focused on feuds around the state-religion status quo and the public arena. Driven by a theological notion that stipulatesthat all Jews are mutually responsible and accountable to the Almighty, these activists believe that the sins of the few are paid by the many. Making Israel a theocracy will, they believe, reduce the risk of transcendental penalties. Like other democracies, Israel has had to face significant theocratic and secular pressures. The political structure that accommodates these contradicting pressures is effectively a theocratic democracy. Characterized by chronic negotiations, tensions, andaccommodations, it is by nature an unstable structure. However, it allows citizens with different worldviews to live under one umbrella of a nation state without tearing the social fabric apart.