Theft of the God-King

- Realm of the God-King Book 1

indgår i serie Realm of the God King 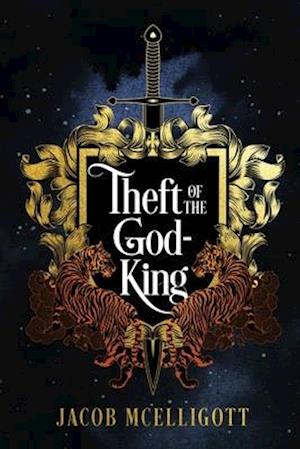 In the desert city of Valmari, gods have always ruled over the people as kings.Ten years ago, that all changed. Vinail Quartes, a low-born man of the Gemani people, led a revolution that cast down the god-king.Now, a decade later, a young thief named Jerek has been given an impossible task. He must delve into the palace's dungeon and free the former god-king. If he fails, it will be the end of his life and the lives of everyone he loves.Viverra Mordhal, daughter of the greatest warrior ever known in the north, will stop at nothing to protect her king and the city she calls home.If the followers of Lecantuar succeed, war will consume the city and the surrounding lands.Can the world's most dangerous prisoner be contained, or will his power destroy all peace in the land?Read Theft of the God-King to find out