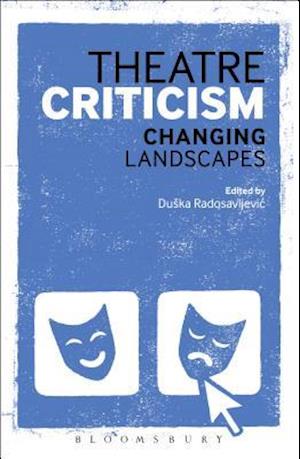 The world of theatre criticism is rapidly changing in its form, function and modes of operation in the twenty-first century. The dominance of the internet has led to a growing trend of selfappointed theatre critics and bloggers who are changing the focus and purpose of the discussion around live performance. Even though the blogosphere has garnered suspicion and hostility from some mainstream newspaper critics, it has also provided significant intellectual and ideological challenges to the increasingly conservative profile of the professional critic.This book features 16 commissioned contributions from scholars, arts journalists and bloggers, as well as a small selection of innovative critical practice. Authors from Australia, Canada, Croatia, Germany, Greece, Italy, Latvia, Russia, the UK and the US share their perspectives on relevant historical, theoretical and political contexts influencing the development of the discipline, as well as specific aspects of the contemporary practices and genres of theatre criticism.The book features an introductory essay by its editor, Duska Radosavljevic.