- The Problematics of Shakespeare's History 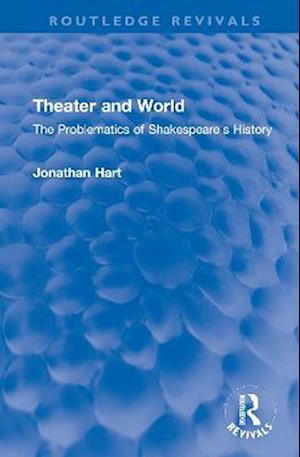 First published in 1992, Theater and World is a detailed exploration of Shakespeare's representation of history and how it affects the relation between theatre and world. The book focuses primarily on the Second Tetralogy (Richard II, Henry IV Part I, Henry IV Part II, and Henry V) and includes a wealth of analysis and interpretation of the plays. In doing so, it explores a wide range of topics, including the relation between literary and theatrical representations and the world; the nature of illusion and reality; genre; the connection between history and fiction (especially plays); historiography and literary criticism or theory; poetry and philosophy; and irony, both rhetorical and philosophical.Theater and World continues to have lasting relevance for anyone with an interest in Shakespeare's words and his representation of history in particular.