- The Royal Field Artillery in the Great War 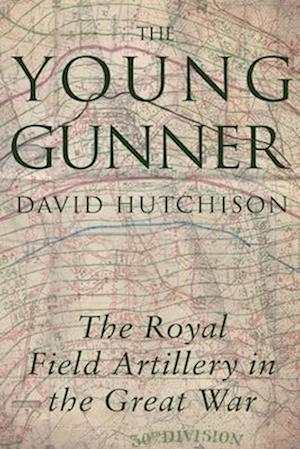 The Young Gunner describes the history of the Royal Field Artillery in France and Flanders in the Great War, including the Battle of the Somme in 1916. The book is based on the letters and journals of Second Lieutenant Colin Hutchison who joined the army aged 19 just before the war started. He found himself in command of a single gun in battle in 1914, a section of guns in 1915, a battery of six guns in 1916, and a brigade of 24 guns by the end of the war. He tells the story of front line action in thirteen battles on the Western Front, including Mons 1914, Ypres 1915, The Somme 1916, Passchendaele 1917 and Ypres 1918. His personal stories are inspiring, but more importantly his letters and journals describe, in a consistent style, not only life on the front line with the artillery, but also the details of his tactical deployment in battle.David explains, from his perspective, why so many men died unnecessarily in that war, and why the changes in tactical thinking he saw as necessary to achieve success and to prevent casualties were so slow to be adopted. One cannot understand the battles of the First World War without understanding the artillery. This book, with copious factual footnotes and helpful maps, gives new insights into many of the battles, and also covers all aspects of the field artillery at war on the Western Front, with the final chapter drawing together the tactical developments year on year. The Young Gunner will appeal to readers of military history, and in particular to those interested in the stresses and experiences of any one of the 140,000 men who served in the Royal Field Artillery in the First World War.

Forfattere
Bibliotekernes beskrivelse The book describes the life of a young artillery officer who was in almost every significant battle of the Great War in France and Flanders from 1914 to 1918.