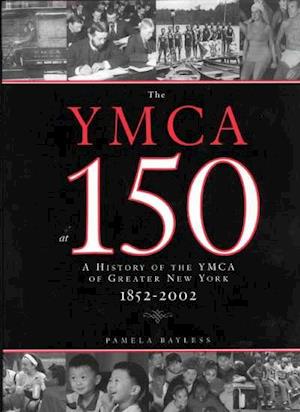 In 1852, a group of young men met in the neighborhood now known as SoHo and formed an association to help newcomers adapt to the bustling metropolis of New York. They formed the Young Men's Christian Association of New York. A year later, another YMCA took root across the East River in the sister city of Brooklyn.In 150 years, the YMCA has grown from its initial evangelical orientation to serve New Yorkers of all faiths, races, and classes, men and women alike. Today, in its many branches and in many more programs in neighborhoods and schools, the YMCA offers everything from health and educational courses to employment programs, child care, and residential accommodations in all corners of the city.This richly illustrated book is not only the definitive history of New York's YMCA. It is also a larger story of social change and organizational response to waves of immigrants, to war and depression, to struggles for opportunity and for racial, gender, and civil rights. From the eve of the Civil War to the aftermath September 11, 2002, the YMCA has been an essential part of the city's fabric. This book is the record of that achievement.