The Year That Defined American Journalism 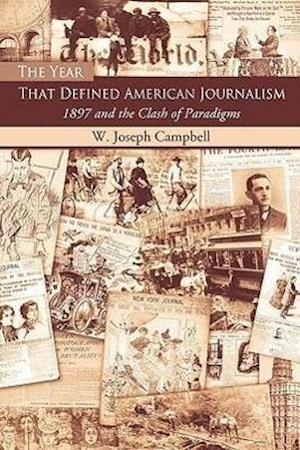 The Year that Defined American Journalism explores the succession of remarkable and decisive moments in American journalism during 1897 - a year of significant transition that helped redefine the profession and shape its modern contours. This defining year featured a momentous clash of paradigms pitting the activism of William Randolph Hearst's participatory 'journalism of action' against the detached, fact-based antithesis of activist journalism, as represented by Adolph Ochs of the New York Times, and an eccentric experiment in literary journalism pursued by Lincoln Steffens at the New York Commercial-Advertiser. Resolution of the three-sided clash of paradigms would take years and result ultimately in the ascendancy of the Times' counter-activist model, which remains the defining standard for mainstream American journalism. The Year That Defined American Journalism introduces the year-study methodology to mass communications research and enriches our understanding of a pivotal moment in media history.