The Year Names of China and Japan 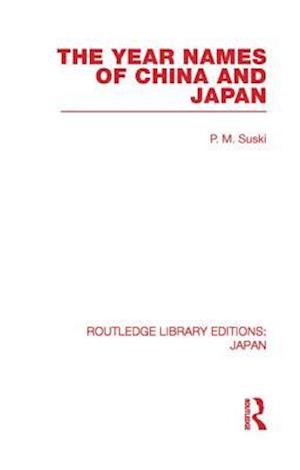 Japan adopted the practice of using year names of "Nengoh" during 645 A D (the first year of Taikwa). Since then the accession of a new emperor, with the exception of a few, has been marked with a new year title, exactly as has been the custom in China. During the reign of some of the emperors, as many as six new titles have been adopted. Ambiguities have often occurred in computation of time, due to frequent changes of year titles. Changes may take place at any time of the year, and from the time of the change on till the end of that year, no matter how short, it is called the first year under the new title. Thus that same calendar year has two different titles. This volume provides a comparison of historical dates of two Oriental nations but is also of use to specialists in Oriental arts and scholars of ancient documents, scripts, pictures and prints.