The Wrath of Cochise

- The Bascom Affair and the Origins of the Apache Wars 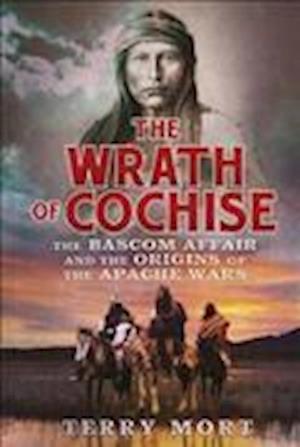 In February 1861, the twelve-year-old son of Arizona rancher John Ward was kidnapped by Apaches. Ward followed their trail and reported the incident to patrols at Fort Buchanan, blaming a band of Chiricahuas led by the infamous warrior Cochise. Though Ward had no proof that Cochise had kidnapped his son, Lt. George Bascom organized a patrol and met with the Apache leader, who, not suspecting anything was amiss, had brought along his wife, his brother, and two sons. Despite Cochise's assertions that he had not taken the boy and his offer to help in the search, Bascom immediately took Cochise's family hostage and demanded the return of the boy. An incensed Cochise escaped the meeting tent amidst flying bullets and vowed revenge.What followed that precipitous encounter would ignite a Southwestern frontier war between the Chiricahuas and the US Army that would last twenty-five years. In the days following the initial melee, innocent passersby-Apache, white, and Mexican-would be taken as hostages on both sides, and almost all of them would be brutally slaughtered. Cochise would lead his people valiantly for ten years of the decades-long war.Thousands of lives would be lost, the economies of Arizona and New Mexico would be devastated, and in the end, the Chiricahua way of life would essentially cease to exist.In a gripping narrative that often reads like an old-fashioned Western novel, Terry Mort explores the collision of these two radically different cultures in a masterful account of one of the bloodiest conflicts in American frontier history.

Forfattere
Bibliotekernes beskrivelse In a powerful evocation of the spirit and drama of the American West, the harrowing story of the feud that ignited the Apache Wars.