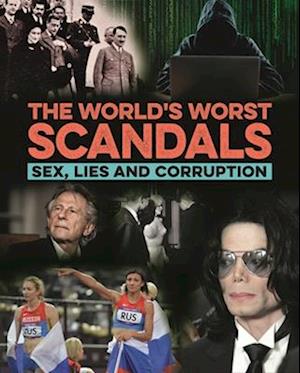 The World's Worst Scandals is an amazing, full-colour, illustrated collection of scandals which will keep readers on their toes. This book covers the bizarre peccadilloes of showbusiness celebrities from Marilyn Monroe and Jack Kennedy through Howard Hughes and Roman Polanski to Michael Jackson and Bill Cosby; outrages in politics from the Profumo Affair and Chappaquiddick to Jeffrey Archer and Bill Clinton; shame in the financial world from the Ponzi scheme of Bernie Madoff through ENRON and Lehman Bros to Cambridge Analytica; and iniquities in sport from FIFA corruption to Russian state doping and Lance Armstrong. The shame drips off every page.