The World of Monsieur Vincent 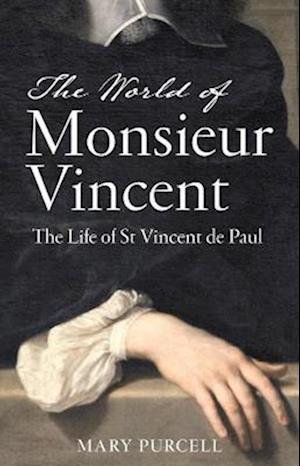 The life of Vincent de Paul, the great apostle of charity, is one of the most inspiring of all the Christian saints and his legacy is visible today through the internationally recognised charity that bears his name. In The World of Monsieur Vincent, Mary Purcell gives readers a fascinating portrait of the saint who saw 'Christ agonising in every human being who suffered, and who spent a lifetime in trying to assuage that agony'. Both the grandeur and the misery of life in seventeenth century France is vividly recaptured by the author as she traces Vincent de Paul's long life (1580-1660). Here again we meet the young peasant, the priest, the captive slave, the religious reformer, and the founder of two great religious orders - the Vincentians and the Daughters of Charity - whose work continues today. The wealth of historical detail included in The World of Monsieur Vincent, first published in 1966, makes it a particularly valuable study of both a renowned saint's life and the turbulent times in which he lived. With a new introduction by Pascal Scallon CM, the Provincial Superior of the Irish Province of the Vincentians and the National Spiritual Director of the SVP.